Welcome to the Team: Brandon Schatsiek

When it was all said and done, my face hurt from all of the smiling.

I hadn’t smiled that much since my wedding; the only difference this time was I actually enjoyed myself.

Yes, the whole marrying my best friend thing was fine and dandy — I guess — but the facial pain was in reference to posing for photographs from sun up ‘til sun down that left my face numb.

I’m the kind of person who would much rather be behind the camera than in front of it for reasons explained above, but after taking pictures and video (as I begin my new position as Public Relations Coordinator for SOMO) at the Fall Games that all too familiar facial numbness was back. This time, however, I was smiling for all of the right reasons.

Technically I don’t start until December 3, but I wanted to help out and get my first Special Olympics experience.

Most of the time it was difficult to tell who was winning and who was losing because both sides were living in the ecstasy of competition, while exuding great sportsmanship.

Let me quickly introduce myself: I am from Washington, Ill., a small city just outside of Peoria. I graduated from University of Missouri with a degree in convergence journalism in 2010.

I was always actively involved with different charitable organizations and youth groups, but it wasn’t until the week of Mizzou’s graduation that I realized I wanted to dedicate my life to making the world a better place without totally wasting all of the money I just spent my journalism degree.

After spending the weekend in Cape Girardeau with the all of the SOMO employees, volunteers and especially the athletes, I knew that I found that perfect job.

We made the 5-hour jaunt to Cape Girardeau from Peoria, Ill., Thursday night (we are re-locating to Missouri in a few weeks) not really sure what the weekend was going to hold.

Sarah was on awards duty at the golf competition while I made the rounds to all of the competitions with Marketing Manager Mandi Steward. 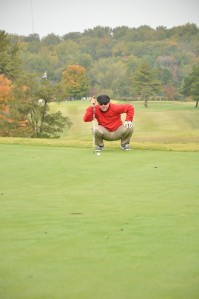 While driving around the foggy and soggy golf course taking photos and video with Mandi, I tried to ask as many questions about Special Olympics as possible without driving her crazy and re-thinking the decision to hire me.

One aspect of Special Olympics that I wasn’t aware of was the division of Unified Sports® competitions. I love the idea that in certain sports athletes can be paired with friends, family members or coaches to compete against other teams.

It allows the athletes to still compete against one another, but gives them a teammate for support both physically and mentally.

Having servicemen and women helping out at the bocce ball competition was great to see from a volunteer perspective, but from what I could tell, the athletes really enjoyed interacting with them as well. It was a very nice touch and something for which they should be commended.

The Opening Ceremony Friday night was kind of nerve-wracking because things didn’t go the way they were supposed to in a couple of areas, but several SOMO workers said they usually don’t go as planned and still turn out okay most of the time. That was a huge relief. 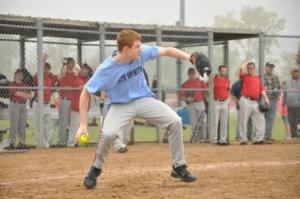 I was on my own for flag football and softball on Saturday, but it was nice that everything was in one location. It allowed my wife and me to walk around and really just soak in the atmosphere at a Special Olympics event.

Everywhere we went athletes and coaches donned smiles from ear to ear. Most of the time it was difficult to tell who was winning and who was losing because both sides were living in the ecstasy of competition, while exuding great sportsmanship.

That’s what I took away from my first Special Olympics experience: at the end of the day it’s about the athletes having fun playing sports and building healthy, happy relationships with everyone involved. 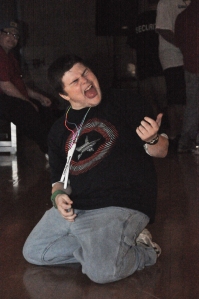 If covering the sporting events was the cake then the dance Saturday night was definitely the icing. I never really cared for dances when I was in school because, well, I couldn’t dance (and still can’t) and girls were — and for the most part still are — gross.

As fantastic as the athletes were on the field of play, they were even better on the dance floor. I couldn’t stop laughing watching how much fun they were having as I walked around the dance floor taking photos and video.

When the weekend was all said and done, I realized that I couldn’t have ended up with a better organization. I just want to thank all of the volunteers for their hard work in making the event a success; and above all else I want to congratulate all of the athletes for their dedication to their sports.

The weekend truly was a memorable one for Sarah and me as we begin a new chapter in our lives. 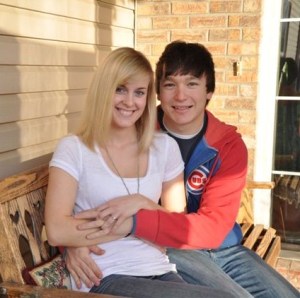 Here’s to hoping there are many more events where my face hurts from smiling and laughing so much.

Brandon Schatsiek will begin his job at SOMO Dec. 3. You can reach him at schatsiek@somo.org.