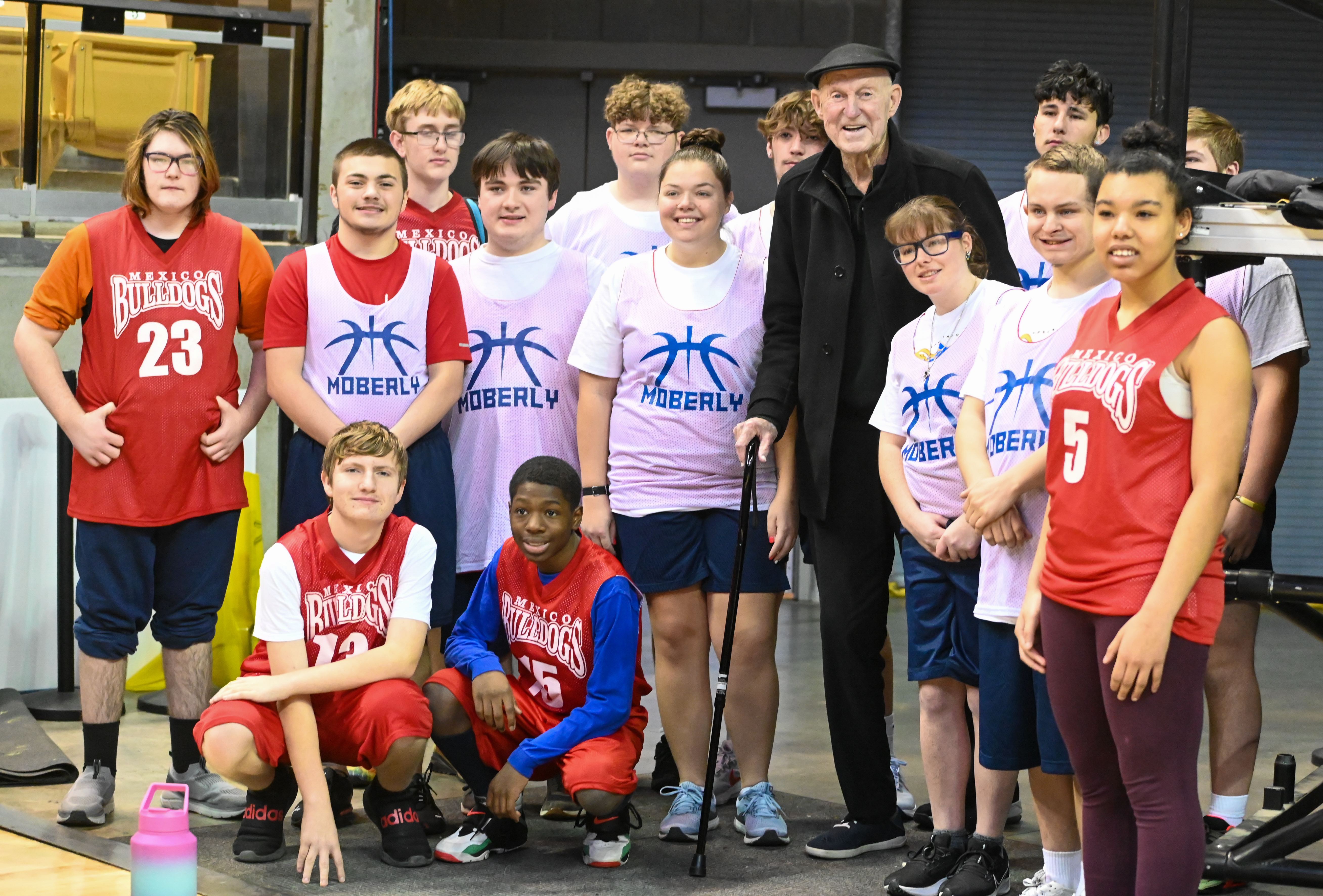 Moberly and Mexico played in two separate exhibition games on Norm Stewart Court. This was the second straight year Norm Stewart has invited SOMO teams to participate in his annual tournament!

You can watch the highlights below!

Moberly’s Ethan Fischer and Mexico’s Jeremiah Davis were both named Game MVP for their respective teams!

You can find more photos from the weekend here!