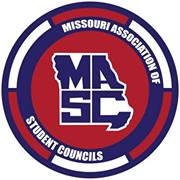 charity of choice 20 years ago. Since that time students have been raising funds and awareness in junior highs and high schools across the state. Member schools are encouraged to assist with Special Olympics events in their areas. Many of the schools host events, volunteer at events, do fundraisers, participate in the Spread the Word to End the Word campaign and take the Polar Plunge. The students volunteer an average of 12,000 hours a year equating to 240,000 hours they have given to Special Olympics Missouri.

In 2009, MASC stepped up its commitment and really promoted the Polar Plunge. That year, 700 youth raised more than $99,000. Schools are being creative with how they raise the money and they have even started competitions between other, rival schools. There are two schools in the Kansas City Metro Area who year after year bring between $20,000 and $30,000 together because of their spirited rivalry and commitment to Special Olympics Missouri. The momentum schools have generated since 2009 has resulted in a grand total of more than $490,000 being raised just through the Polar Plunge. This amount does not include all the other fundraising the individual schools do throughout the year.

MASC promotes and teaches acceptance, respect and inclusion for all. Our athletes are included in the MASC Summer Leadership Workshop where they work side by side with their peers developing their leadership skills, confidence and building a bridge of acceptance and change for all. The interaction between the youth leaders and the athletes is amazing! Athletes grow from timid, unsure individuals to outgoing, confident leaders who are ready to get involved with their student council as representatives, run for office and plan school activities. Youth leaders learned to embrace individual differences and the value of inclusion.

MASC is educating the leaders of our future to be agents of change, fostering respect and dignity for through service to others.

MASC Executive Director Terri Johnson was on hand to receive the award on behalf of the participating schools around the state.

For information about Special Olympics Missouri, the Annual Award recipients or the 2014 SOMO Summit, please contact Brandon Schatsiek at 573-635-8233 or Schatsiek@somo.org.