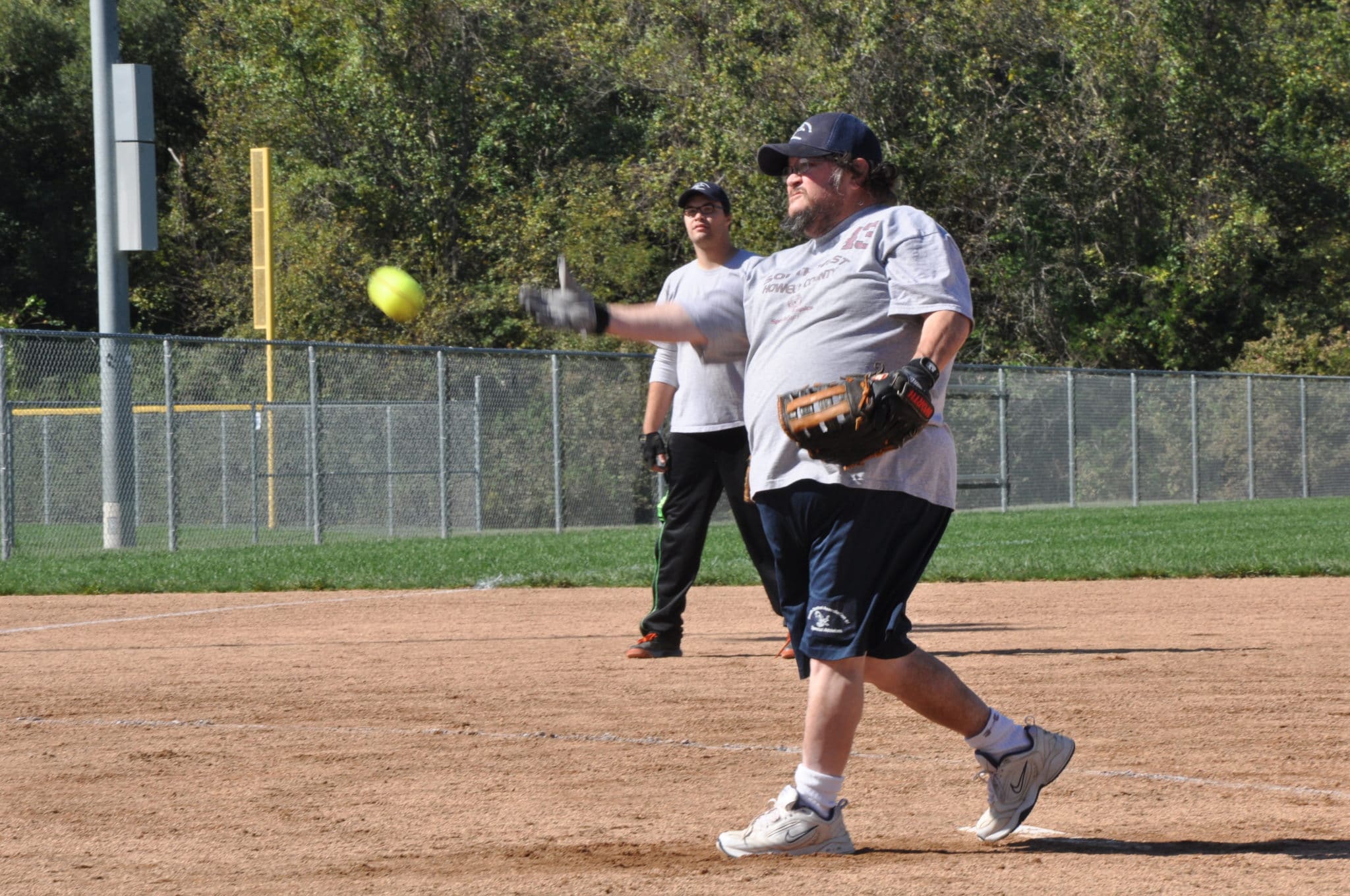 In this edition of “Celebrating 50 Years,” we bring you Dicky Spence from Willow Springs, Mo. Dicky has competed in Special Olympics Missouri since 1976 in a variety of sports including powerlifting, softball, basketball, bowling, and track. He remembers his very first track meet when he competed in the softball throw, 100-meter dash, and the Frisbee throw, an event that is no longer offered.

Dicky also showcases enviable humility that he demonstrates again with his response to his family Special Olympics memory: “I don’t have one memory that is any more special than the others.”

Dicky learned about Special Olympics Missouri through the Ozark Sheltered Workshop where he still works today.
As his career with Special Olympics advanced, Dicky took up powerlifting and attended the 1991 International Games in Minneapolis, Minn., and the 1995 World Games in New Haven, CT. In 1991, he brought home three fourth-place ribbons and four years later brought home one gold and two silver medals.

While Dicky has “retired” from his other sports so he can help volunteer with the team, he continues to play softball and is the pitcher.

Dicky’s mom, Betty Spence, was a certified Special Olympics Missouri coach for several years until she retired. She continues to encourage both Dicky and his brother, Nicky, to continue to train and compete. Dicky also has two other brothers, Ricky and Mickey (who passed away a few years ago), and a sister Vicky.
Flashing his quick sense of humor, Dicky says, “We are the ‘Icky’ family!”

In 1997, Dicky was inducted into the Special Olympics Missouri Hall of Fame with follow athlete Jamie Graham and volunteer Jo Wood. Dicky also served on the SOMO Board of Directors from 2000-2008. He was the second athlete in SOMO history to serve on the SOMO Board.

In the words of many, Dicky Spence is one of the best! If you have heard the Tim McGraw song, “Humble and Kind,” you would think this song was written just for Dicky.

Thank you, Dicky, for sharing your kindness with all those you touch.