Byland, Guseman and Dallas Inducted into SOMO Hall of Fame 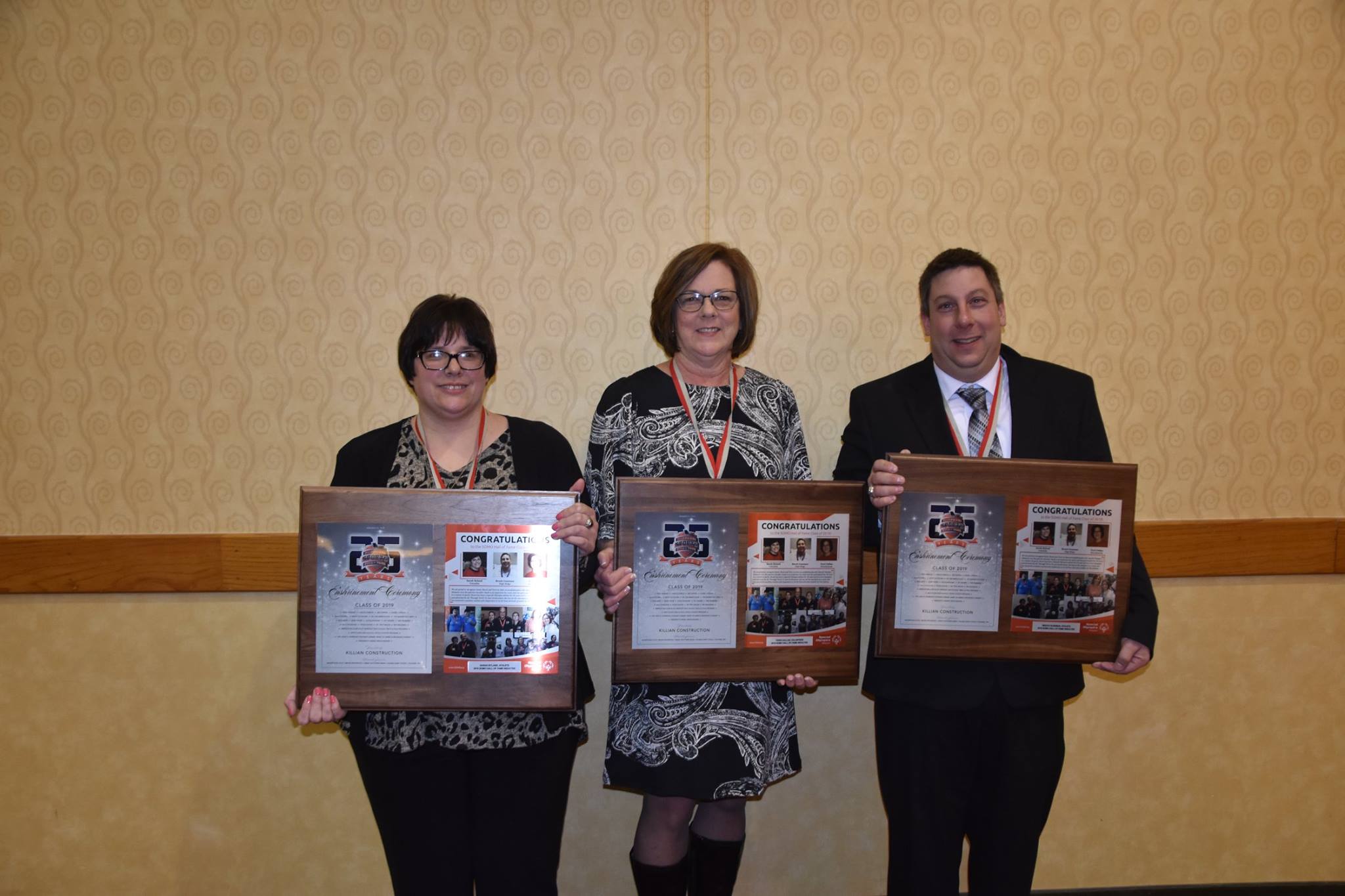 On Jan. 26, Special Olympics Missouri announced that Central Area athlete Sarah Byland is one of three people that were inducted into the SOMO Hall of Fame this year. Byland was surprised during a basketball game at Columbia College where she works by family, friends and SOMO staff with the news.

On Jan. 20, Special Olympics Missouri announced that St. Louis Metro Area athlete Brock Guseman would be inducted into the SOMO Hall of Fame this year. Guseman was recognized at his alma mater, Northwest High School in Cedar Hill, MO prior to a Harlem Wizards game.

On Jan. 23, Special Olympics Missouri announced that St. Louis Metro Area volunteer Terri Dallas would also be inducted into the SOMO Hall of Fame this year. Dallas was surprised during a Next Step for Life basketball practice in Festus, by friends and SOMO staff with the news.

SOMO can induct up to two athletes and two non-athletes into the Hall of Fame each year. This year SOMO had three inductees, including Sarah Byland, Brock Guseman and Terri Dallas.

Sarah Byland, Athlete
Sarah Byland has been involved for 30 years participating in Bocce, Bowling, Golf, Softball, Swimming, Tennis and Track. Sarah has represented Missouri at two USA Games. In 2006, she attended the first USA Games in Iowa competing in track and field bringing home a gold medal in the 100-meter walk. In 2010, she showed her talent in bowling at the USA Games in Nebraska where she received a gold medal in both singles and doubles bowling. To prepare for the USA Games in Nebraska, she participated on a Sunday bowling league every week, which resulted in her improving her game by 80 pins.

Sarah loves to raise money for Special Olympics Missouri because she enjoys being around people and people enjoy being around Sarah. She is deathly afraid of heights, but when given the challenge to raise money for Special Olympics and go Over the Edge, she did just that and lived up to SOMO oath of “Let me win, But if I cannot win, Let me brave in the attempt”, and brave she was on that day and every day!
Sarah is also an avid Polar Plunger, having taken the plunge 11 times! She and her friends plunge every year in Columbia and always dress up in the best costumes. She served as the Columbia plunge ambassador in 2018 helping to promote the plunge. This is a great role for Sarah as she has many friends through the local radio and TV stations.

Sarah was one of the first ones to step up to the plate and become a charter class member helping raise money for the Training for Life Campus.

Sarah has worked at Columbia College in Dulany Dining Hall for many years and through her employment has gained notoriety for her “warm reception and smile” every time anyone comes into the dining hall. She has made numerous friends at work through many of the student athletes and they all know her by name. She has recruited a few to take the plunge with her over the years!

One of Sarah’s greatest accomplishments is being one of the first athletes to graduate from the Athlete Leadership Program with a degree in Communication.

Sarah’s passion and love for Special Olympics shines every time she flashes that smile of hers. She is an inspiration to many, not just her fellow athletes, but volunteers, coaches, staff and donors are all blessed to know Sarah.

Brock Guseman, Athlete
Brock Guseman has been competing for 28 years in Unified Softball, Basketball and Bocce. In 2011, Brock represented Missouri at the World Games in Athens, Greece, bringing home two bronze medals and a 4th place ribbon in Bocce. Since then, Bocce has become Brock’s “claim to fame” and now “Bocce with Brock” is held annually in St. Louis as a donor cultivation event for the Training for Life Campus.

Brock was awarded the Albert Pujols’ Special Olympics Athlete of the Year Award from the St. Louis Sports Hall of Fame and the Aldo Delta Crocce Bocce Award from the Italia-America Bocce Club.

Brock is a trained Global Messenger where he gives presentations and goes on sponsor calls with staff. He has cultivated and engaged many of the major donors such as Centene and Emerson who helped support the construction of the Training for Life Campus, which opened in September in Jefferson City.

Brock credits much of his success in life to Special Olympics and one of his greatest accomplishments is having a full time job with Feed My People for the past 19 years. He no longer requires financial support through social security or Medicaid and receives health benefits through his employer. He owns his own condominium, coordinates his transportation and with minimal support manages his finances.

Brock serves on the Jefferson County DDRB (Senate Bill 40) Advisory Committee known as Together. There he represents individuals and families in Jefferson County who are in need of developmental disability support and services. As a representative of other committee, he takes part in project planning and development while working with others of all abilities. He uses the skills he has learned to maximize his independence and champion others with disabilities.

Brock’s enthusiastic outlook on life is contagious. He loves to give back and does so with gusto. He is a true champion and advocate for all.

Terri believes in the mission of SOMO and wants everyone to have the experience of participating as an athlete, unified partner, coach, family member and volunteer. For the past 15 years, she has spearheaded a local Bowling tournament and Track meet all orchestrated by youth leaders and local student councils. Each year, more and more schools get involved because of the positive experience others share.

Through Terri’s leadership, she has supported her athletes’ aspirations to move on to the USA and World Games level. She has sent athletes and unified partners to the 2003 World Games in Dublin, Ireland, the 2006 USA Games in Ames, IA, the 2011 World Games in Athens, Greece and the 2018 USA Games in Seattle, WA.

Terri is certified to coach several sports and is a part of the Nest Step for Life 30-member coaching team. She is the first one to encourage her athletes to go to Healthy Athletes and partake in all the opportunities offered and often the last one to leave the dance.

Through Terri’s dedication to sharing the stories of the athletes in Jefferson County, she has built awareness of the positive benefits of Special Olympics Missouri for athletes and families. She has one of the strongest family support networks in the state because she finds a way for every family member to feel included and engaged in the program.

Terri is more than a coach. She is a fan, a mentor, a recruiter, a fundraiser and a friend to so many athletes, families and coaches. She puts her heart and soul into her work for her athletes, making them the most confident, talented and well-rounded individuals who are successful in sport and in life.

For more information or to learn how you can support Special Olympics Missouri, contact Kayla Hull at hull@somo.org. Information about the Missouri Sports Hall of Fame Enshrinement can be found at www.mosportshalloffame.com.