Mystie has faced many challenges through the years, but now she’s shining in the spotlight as she trains for her first World Winter Games

Seeing the Light Within

Mystie Lucast trains for the 2013 Special Olympics World Winter Games, set to start in January in PyeongChang, Republic of Korea. At age 14, she will be among the youngest members of Special Olympics Team USA’s figure-skating team.

When Debby Lucast first met Mystie, she was a neglected toddler who couldn’t walk or talk. Debby and her family have known a lot of children in need, after taking in nearly 90 foster children over the years. But it didn’t take long to see that Mystie was something special, despite her many challenges: intellectual disability, seizure disorder, ADHD, scoliosis, etc. “She has a lot to deal with,” says Debby, ”but all that really matters is that she’s a great kid.”

The Lucast family eventually adopted Mystie, who joined their family of three other adopted children. Mystie grew into a lovely girl, yet she found many things were difficult for her. She tried hard, but was often withdrawn, ducking her head down, avoiding conversation and eye contact.

Debby tried to find activities that would help bring Mystie out of her shell, but that wasn’t so easy. “She’d tried dance and gymnastics, but she really couldn’t keep up with the other girls,” says Debby.

Then Mystie got involved in Special Olympics and found a new comfort zone. The program gave her a foundation to grow and thrive – and Mystie gained both sports skills and social confidence.

Mystie and her coaches have found it’s easiest for her to learn by breaking routines down into small doses, reinforcing with practice after practice.

“It’s been great,“ says Debby. “It’s been a huge self-esteem builder for her. Everyone’s positive and it motivates her.”

Eye on the Prize 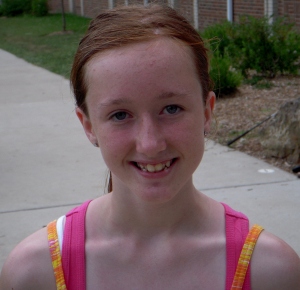 Mystie has tried Special Olympics softball, flag football, track and basketball. But right now, it’s all about skating, especially since the 14-year-old has been chosen as one of the youngest members of Team USA’s figure-skating team. And Mystie is pretty excited!

“She’s excited, but we’re all excited. She’s been skating up a storm. She’s at the rink four times a week, two hours a session,” says Debby.

And that girl who seemed to be withdrawn? She’s also been chosen for training as a public speaker at Special Olympics and other events. And so far, she’s doing great. Says Debby, “Special Olympics has helped her so much, socially, emotionally and so many other ways.”

“I think every kid who qualifies needs to be in Special Olympics,” says Debby. “For any kid, disabilities or not, life can bring you down. But Special Olympics only builds you up.”

This article was originally posted on specialolympics.org.