Mike and Karen Garrison are parents to Colin, Missouri’s sole athlete competing at the 2019 World Games in Abu Dhabi, UAE.

We made it after a long couple of days travel and want to give you an update on the early days.

Travel went smoothly and we made it to our hotel Wednesday morning around 2:00 a.m. Later that morning after some sleep we picked up our credentials at the family center.

One of the smartest things we did was book our lodging at a hotel in the massive complex where Colin is competing. We just walk through our lobby and into the ADNEC complex. Probably a dozen sports are competing there so we can walk from Bocce to basketball to powerlifting to judo to gymnastics to volleyball. We don’t have to rely on buses or shuttles. It’s so convenient.

Yesterday was all about opening ceremonies. They were at a scale that’s hard to grasp. The venue is a very large stadium that seats around 60,000. We know many of you watched or recorded the ceremony but we’re not sure what was broadcast. Before the main ceremony began, there were performances by the police band, a men’s choir with women performing dance moves, men walking around with Saluki dogs and royal falcons, a military flyover with 4 colors of vapor trails. Everything was at a huge scale with lots of cultural elements. So inspiring.

The parade of athletes gave us chills. 200 countries! The largest number ever to participate. We’ve seen athletes from more than 100 countries from Faroe Islands to Burkina Faso to Moldova to Botswana and beyond. It’s humbling to hear the languages and uniforms but to appreciate how many similarities there are. From the joy in faces, the determination and spirit, to the common bond of celebrating these amazing athletes and their accomplishments. We definitely are more alike than we are different.

And now to Colin. We finally saw him for the first time today. They’ve been very busy with practice and special events. The red carpet is rolled out for them everywhere they go. A highlight for Colin was last night when he met Mariano Rivera who was part of the US delegation. (Famous baseball pitcher for those who might not know the name).

When we were at the Bocce venue this morning, Mariano and his son came by. We were also greeted by staff from the US embassy, a Navy commander from the surgeon general’s office and Karen Pence, the second lady, who is representing the government. They sat and watched part of a game and visited. A nice moment for fans and athletes.

Colin competed in traditional team Bocce today. They had tough competition from Libya and Bahrain. They were shaking out some jitters. After the day of competition Colin’s team took home the bronze medal! We couldn’t be more proud to watch him receive that world medal. See a couple of pictures from the ceremony. One of the sheikhs presented his award. Pretty cool!! Not often do you get a bronze medal at a world games from a sheikh! We just hang around Colin. He’s the famous one!! 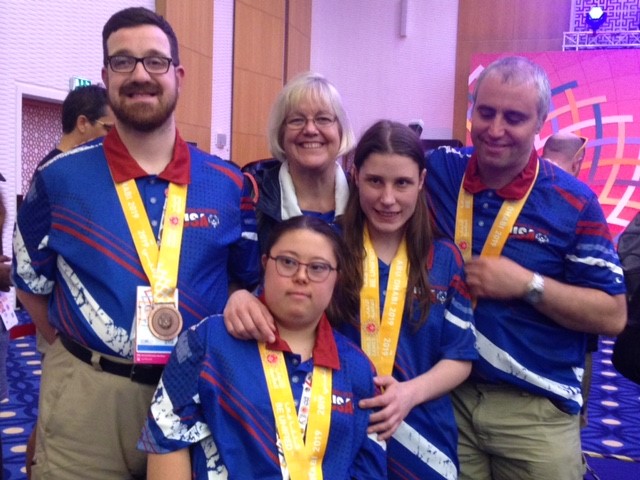 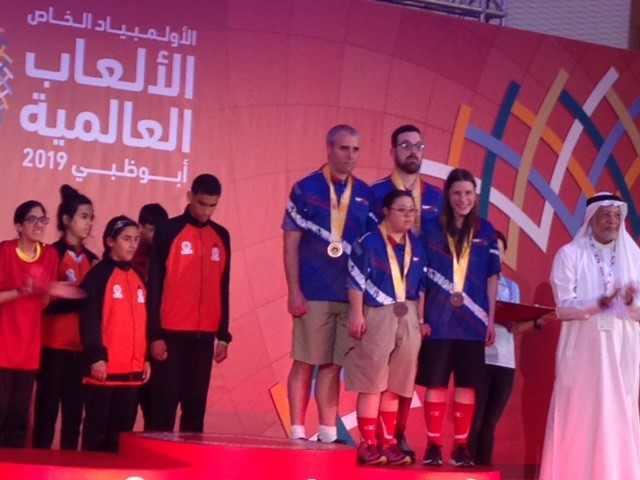 We’ll send another update in a day or so. We’ll feeling your support and love! We’re making memories for a lifetime!

Thanks and Abu Dhabi out!