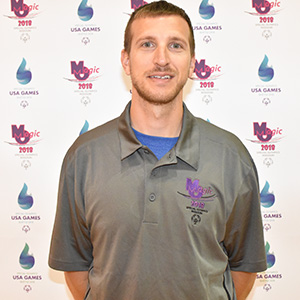 Saturday, June 30 was Team Missouri’s first full day in the very welcoming city of Seattle. The softball team began the morning with an 8:00 breakfast at the dorm which included french toast, fruits, eggs, and sausage. After getting our bellies full we tried burning some of those calories by taking a self guided tour of the University of Washington. The university is hosting many states as well as a variety of sports competitions such as power lifting and tennis. The campus is spread out over several blocks but the athletes have handled the walking with ease, thanks to their yearlong commitment of diet and exercise. The most noticeable feature of the campus has been the gigantic trees including a Giant Sequoia reaching 128 feet tall, barely reaching over a 125 foot Douglas Fir. The tree with the largest diameter is a California Redwood measuring over seven feet wide.

Once our time on campus was over teams broke into small groups and had the rest of the day to explore Seattle as they pleased. Our afternoon began with a trip to the famous Pike Place Market which overlooks Elliott Bay. We passed the Seattle Gum Wall on our way. The team had mixed emotions about the wall covered in various colors of chewed gum. Some thought it was disgusting, others found it interesting and even left their own piece of “art” on the wall. Just a couple minutes later we were at the market on the Seattle waterfront. There were large bouquets of flowers, spices, fruits, vegetables, souvenirs, and of course seafood. With large summer crowds and numerous people ordering fresh caught seafood the fishmongers picked up the customers selected fish and tossed it to their counterpart behind the counter. This was a hit among Team Missouri.

After getting our dose of crowds and flying fish we continued our walk along the waterfront. By now we had worked up an appetite and ate lunch and stopped for ice cream along the pier. Quick work was made of lunch and we stopped in a souvenir shop where many people shopped for themselves, family, and friends back home. Some of the more popular items included t-shirts and magnets. Seattle again showed their appreciation for Special Olympics as many shops offered discounts to those with Special Olympic credentials including a 30% discount at Starbucks.

With full bellies and backpacks full of souvenirs it was time to line up for a one hour guided boat tour of Elliott Bay. The boat had a full crew and three levels of seating available. Our tour guide, Landon, gave a shout out to Special Olympics Missouri and mentioned that he used to live in Springfield, MO and gave us his best wishes over the next week. The tour discussed things such as the history and booms of Seattle, a view of the Space Needle, and a great view of the Seattle Waterfront. Landon mentioned that Seattle has a fault line of their own running through Puget Sound into Seattle. Landon also mentioned that the best place to be during the earthquake would be the Space Needle due to its ability to withstand winds of up to 200 miles per hour and earthquakes of up to 9.1 magnitude. With the temperatures in the 50’s and 60’s, the breeze coming off the water could be chilly at times but the team was having too much fun to be distracted by that.

After the boat tour the team headed back to the dorms for dinner with the exception of the basketball team. The basketball team won the fitness challenge throughout this past year meaning their team exercised more than any other team from Missouri. For that, they earned themselves a dinner out with Shaffer. After showers and dinner the athletes turned lights out and the coaches met for their nightly coaches meeting.