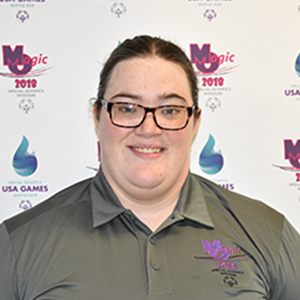 These posts come from our first-ever athlete-leader PR assistant, Allison D’Agostino. They were originally posted on her personal blog and re-posted here with her permission. They are unedited.

When you forget something, you shouldn’t be ashamed, right? For some reason, when it comes to my work for Brandon, I do feel ashamed. He’s taught me so much. I should know this stuff about cameras and people’s faces/names.

I know he wants me to be open, feel comfortable to ask him anything – even if it’s the simplest thing. That is the case. He’s like a third father to me. My pediatric psychologist is the second father to me, but I’m not going into that right now.

I suppose the reason I feel ashamed those times is because I don’t want to disappoint or frustrate him. If/when he’s like that, it’s almost like I let myself down.

So much is happening all so fast that I can’t keep track. My mind is going almost a thousand miles a minute, which makes me space out a lot and not pay attention. Yikes!

Last night was like that, and it happened again earlier today. He wanted to find a certain someone who traveled to the USA Games as a fan/guest to one of our athletes. I don’t remember what she looks like, or which athlete she mentors. Or is it personal attendant?

This morning focused on bocce and tennis, which was fine. I needed more footage for both. During one of the tennis matches, I missed a call, but returned it. The call was from the Missourian! They wanted to interview me about this week. And the interview went pretty well. She called me back for the interview soon after I ordered lunch. I killed two birds with one stone. I hope they were crows, haha.

Tonight will definitely be a mess. It’s fourth of July, so naturally the people hosting USA Games in Seattle want to let the all the teams celebrate, even the families who traveled. Oh, boy.

To top of it off, I still have to do the recap video, as well as interview the Youth Leadership Experience ladies who are here. They are definitely a hoot, the good kind. I like them.

Because it’s fourth of July, we have a celebration for families, friends, and fans to be with the teams. I definitely had a blast. Instead of participating in the dance party or activities on the stadium’s field, I sat back with the bocce team.

I think my favorite part is one of the swimmers created a discussion thread on Whova, the app SOMO uses for updates and info. Curtis Herbold posted many silly photos to boost morale. I look forward to Brandon’s reaction. Haha. What a nice guy! And most of the photos were pretty funny.

“May the stroke be with you,” some swimmers would say. Haha!